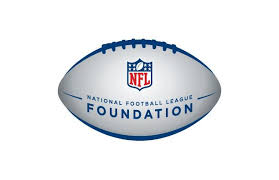 A second grant will provide nearly 60 hours of mental health therapy to victims of the 2018 Marjory Stoneman Douglas shooting.

In the 1990s, Don Silvestri was a placekicker with the Seattle Seahawks, Buffalo Bills, and New York Jets. The game didn’t start until he kicked off.

Now Silvestri is president of Debt.com and a Parkland Cares board member. He’s still kicking off – but now it’s grants instead of games.

For the second time, Silvestri has secured a $5,000 matching grant from the NFL Foundation. To get both, Silvestri had to raise $5,000 on his own. Tackling that was relatively easy, he says.

“When you tell people what Parkland Cares has accomplished in two years, they’re blown away,” Silvestri says. “They want to be part of it. They want to help our community recover from a tragedy that’s no longer in the headlines, but still lingers in our hearts.”

“The NFL Foundation made these donations because of Don,” Udine says. “Not just because Don played the game, but because of all his philanthropic work once he retired from the game. Don took that football focus to the business world, and he’s made Parkland Cares and other causes his primary mission in life.”

Parkland Cares founder Howard Dvorkin, who’s chairman of Debt.com and a serial entrepreneur, credits Silvestri with opening new doors. Dvorkin notes that the NFL Foundation, which dates back to 1973, has donated to 1,400 causes over all those years.

“That sounds like a lot, but it’s really not,” Dvorkin says. “Not when you consider there are 1.5 million registered nonprofits in this country, according to the National Center for Charitable Statistics. So Don has gotten us recognized by the most popular sports league, and we’re only 2 years old!”