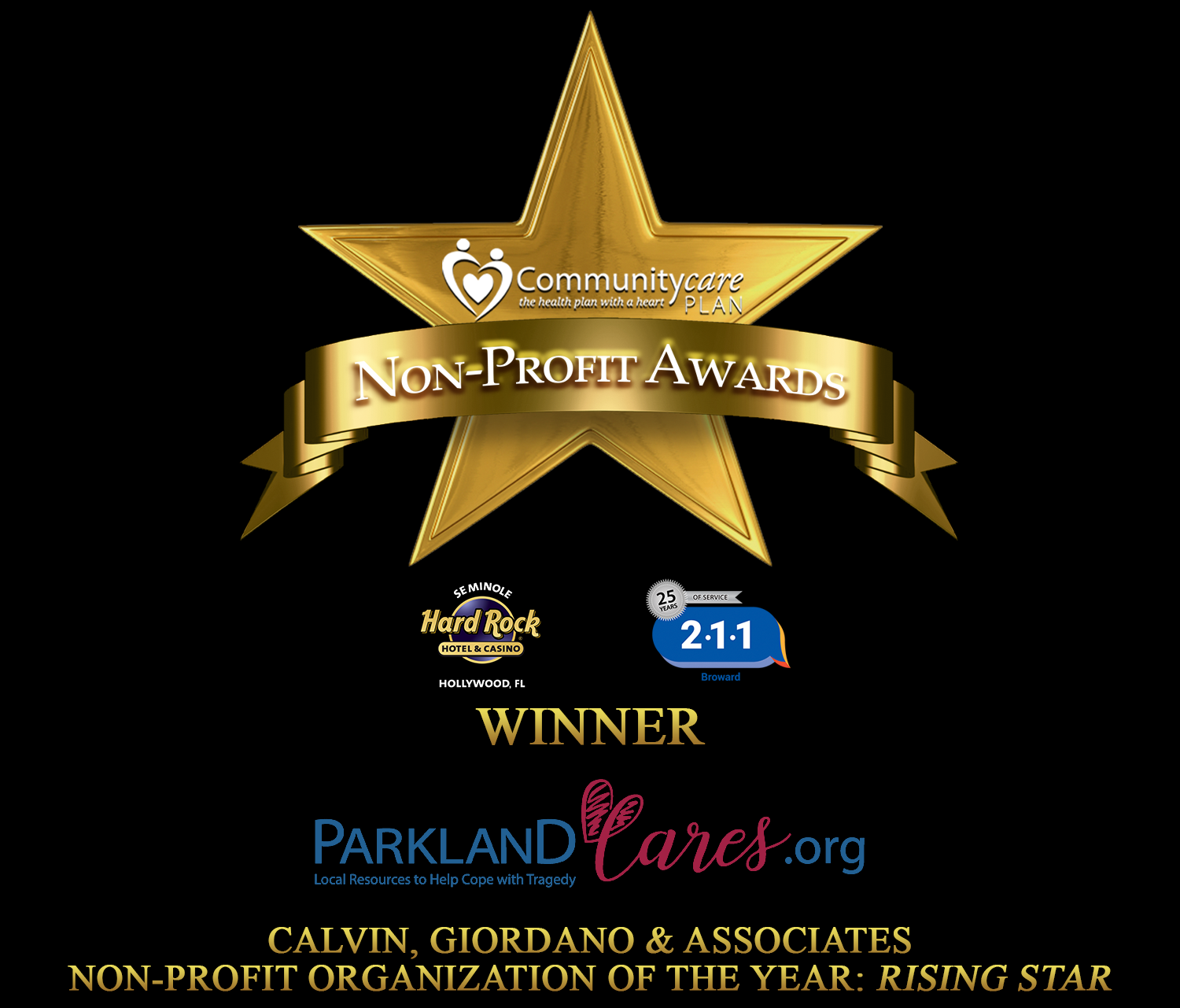 For over two years, Parkland Cares has supported local mental health counselors who continue to help those affected by the Marjory Stoneman Douglas High School shooting. But recently, the roles were reversed: the community recognized us.

This February, Parkland Cares was granted the Calvin, Giordano & Associates Non-Profit Organization of the Year Rising Star award by 211 Broward, a crisis intervention hotline that connects people to mental health counselors. This was part of the organization’s 10th annual awards ceremony that recognizes several nonprofit organizations.

“We were absolutely thrilled to be recognized by an organization we admire so much,” said Parkland Cares Executive Director Stacey Udine. “It’s great to be recognized, but it’s far greater to give therapy to someone who needs it.”

Parkland Cares received $1,000 as part of the honor. Like all our donations, that will go directly to funding more mental health services in South Florida. We’ve donated $450,000 to six different organizations since forming right after the 2018 shooting and have since helped over 1,500 South Florida residents receive counseling.

Judges determined the winners by “their dedication to Broward County and the impact they have on the community,” according to a Parkland news site.

“Parkland Cares is just as important today as it was the day we started,” said Parkland Cares founder and longtime Parkland resident Howard Dvorkin. “Hopefully, there comes a day when the community doesn’t need our services anymore — but as long as it does, we’re here to help.”