A Mother, a Daughter, and Four Therapists: Why Therapy Isn’t Always Easy to Find 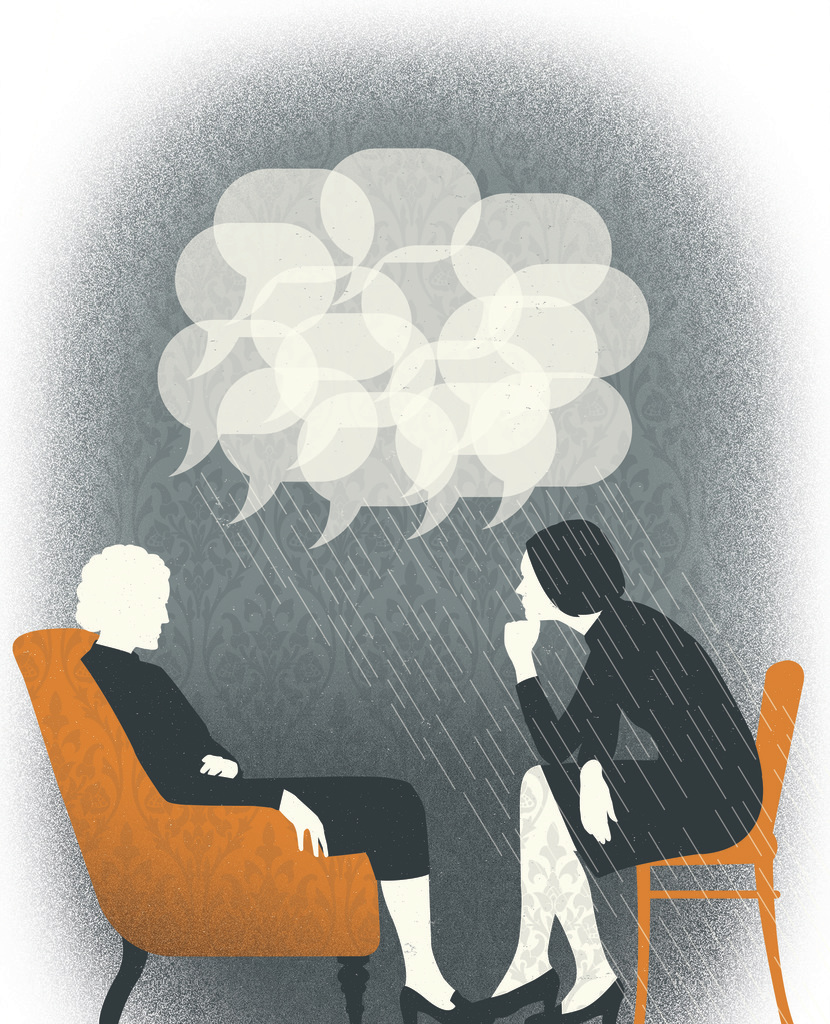 One Coral Springs family’s journey shows that finding the right therapist for you is a trial-and-error process — not something that happens right away. With Parkland Cares’ help, they were able to find the help they needed.

Editor’s note: Julie is a psuedonym that was used to protect Julie and her daughter’s privacy.

Over the course of two years, Julie and her daughter went to a combined total of four therapists. Julie’s daughter was a student at Marjory Stoneman Douglas High School, and Julie started research on therapy the day after the shooting happened in 2018.

Her daughter attended a session two days after the shooting — and simply wasn’t ready for it. Julie needed therapy, too. Her daughter eventually found a therapist she loved, and Julie found Eagles’ Haven, a community wellness center in Coral Springs.

But their matches weren’t easy to find. Before that would happen, they tried family therapy and one-on-one therapy. They tried therapists who quit, therapists they didn’t like and therapists that were too expensive.

“When you find a general physician, you go there and you get an annual checkup and everything’s good — it’s not that serious,” Julie said. “But when you really have to be open and really vulnerable, it has to be with someone who’s going to be able to understand where I’m coming from and be very specific to trauma.”

But before her search, she didn’t know all of that. “I just thought a therapist was a therapist,” she said.

There’s a misconception that people start and end therapy with the same therapist. But sometimes, a therapist just isn’t the right fit.

The reason could be because of anything from their approach to their price tag. Whatever it is, the process of finding a therapist that’s right for you isn’t always a one-step process.

After her daughter told her she wanted therapy, Julie posted on a Facebook group of Parkland and Coral Springs residents affected by the Douglas shooting asking for therapist recommendations.

She found one nearby that was able to come to their house once a week and talk to her and daughter together for six months. While her daughter loved her, Julie said she was “a nightmare.”

“I absolutely felt that she wasn’t equipped to handle the severity of what had happened … It gave me severe anxiety every single time she was at my house because it didn’t feel right to me,” Julie said. “But then again, my daughter liked her.”

Solomon has been at the center since its opening in 2018. In total, she said the center has seen around 1,700 people from the community participate in its programs.

She says that therapists know they’re not going to be a perfect match for everyone.

“I know going into [therapy] when I meet a new client that I may not be the person for them. It’s really about not taking it personal,” she said. “They’re sharing their story and you want to make sure that you’re able to give them a place where they’re able to feel comfortable and heard.”

None of Julie or her daughter’s previous therapists worked out for several reasons. One wound up quitting. And another, they couldn’t afford.

But through Parkland Cares, Julie was able to find a therapist at Behavioral Health Associates of Broward for her daughter — and didn’t pay a dime for it.

“It was amazing getting covered through Parkland Cares,” she said. “It wasn’t a financial burden to me among all the other things that were happening.”

She knows through experience that trying to find therapy can be more stressful than therapy itself. And having Parkland Cares’ financial support lifted weight off her shoulders. She found out about Parkland Cares through Facebook and got in touch with Executive Director Stacey Udine right away.

“It’s not surprising that some MSD students are just getting the help they need now,” Udine says. “It’s hard to reach out for help, and even harder to find the right help when you don’t know where to start.”

Julie messaged her in a panic one night because she was worried that her daughter’s amount of free sessions under the Parkland Cares grant were going to run out. But after she called Udine, she got approved for 20 more free therapy sessions the next day.

“[Udine] genuinely cared and it didn’t feel like it was just her job. She didn’t just reach out and say, ‘My person will reach out to you’ or something like that.” Julie said. “She was super responsive to the issue.”

Julie said before trying Behavioral Health Associates of Broward, there was little to no progress she could see in her daughter after the shooting. But now, that’s changed.

She realized that reaching out to Parkland Cares wasn’t just a financial move. She said her daughter’s “life was on the line,” and getting adequate and reliable help made a world of difference.